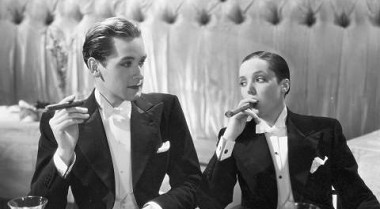 Part of our musicals mini-season, this 1935 British film is a delectable cross-dressing caper packed with risqué comedy and impressive song-and-dance numbers. An adaptation of 1933 German film Victor and Victoria - which was later remade as Victor/Victoria (1982) starring Julie Andrews and then reworked in Shakespeare in Love (1998) - Victor Saville’s film sees shop girl Elizabeth (played by 1920’s London stage star, Jessie Matthews) pretending to be a boy in order to perform onstage as a female impersonator, who is then forced to drop the disguise when she falls in love with a man. The perfect big screen musical fix.