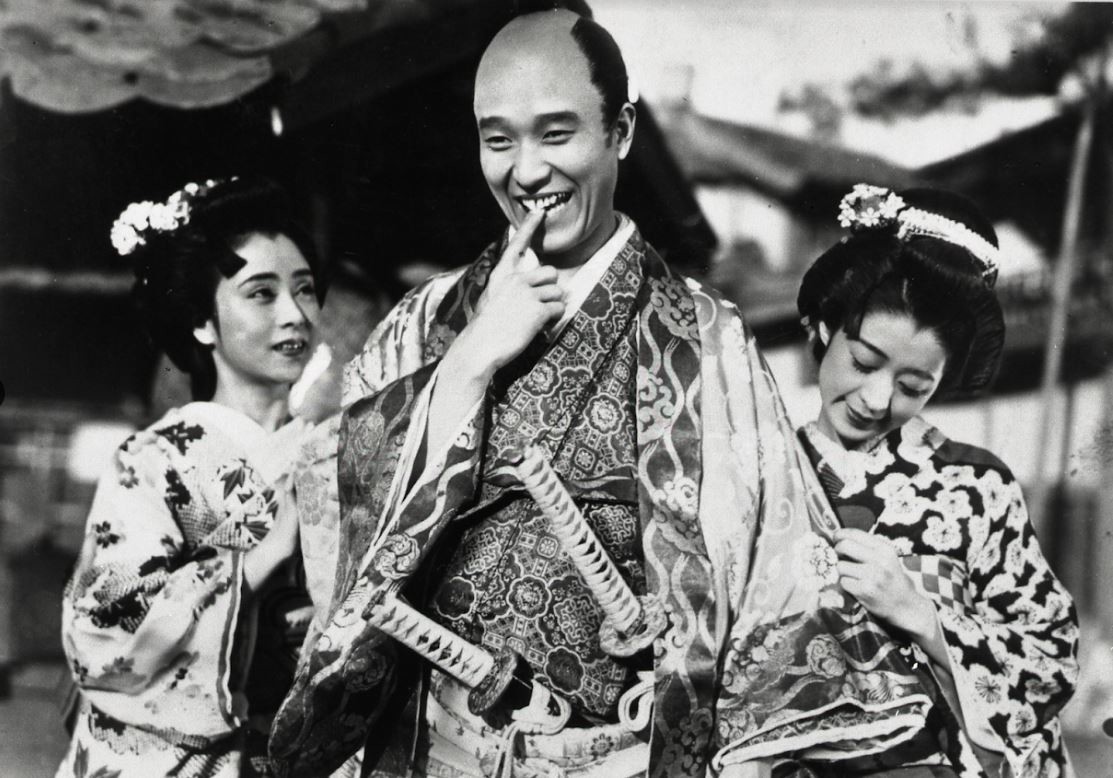 Part of our classic musicals weekender, this rarely screened Japanese musical comedy from 1939 is a joyous and unique treat. A Japanese courtesan is in love with a samurai but faces stiff competition from two other local admirers and is under pressure from her debt-ridden father to marry a Lord. Marvel at the singing samurai and revel in the culminating umbrella-yielding dance routine - who needs Strictly on a Saturday night?

Screenings of this film are organised in partnership with the Japan Foundation, celebrating the Japan-UK Season of Culture 2019-20.