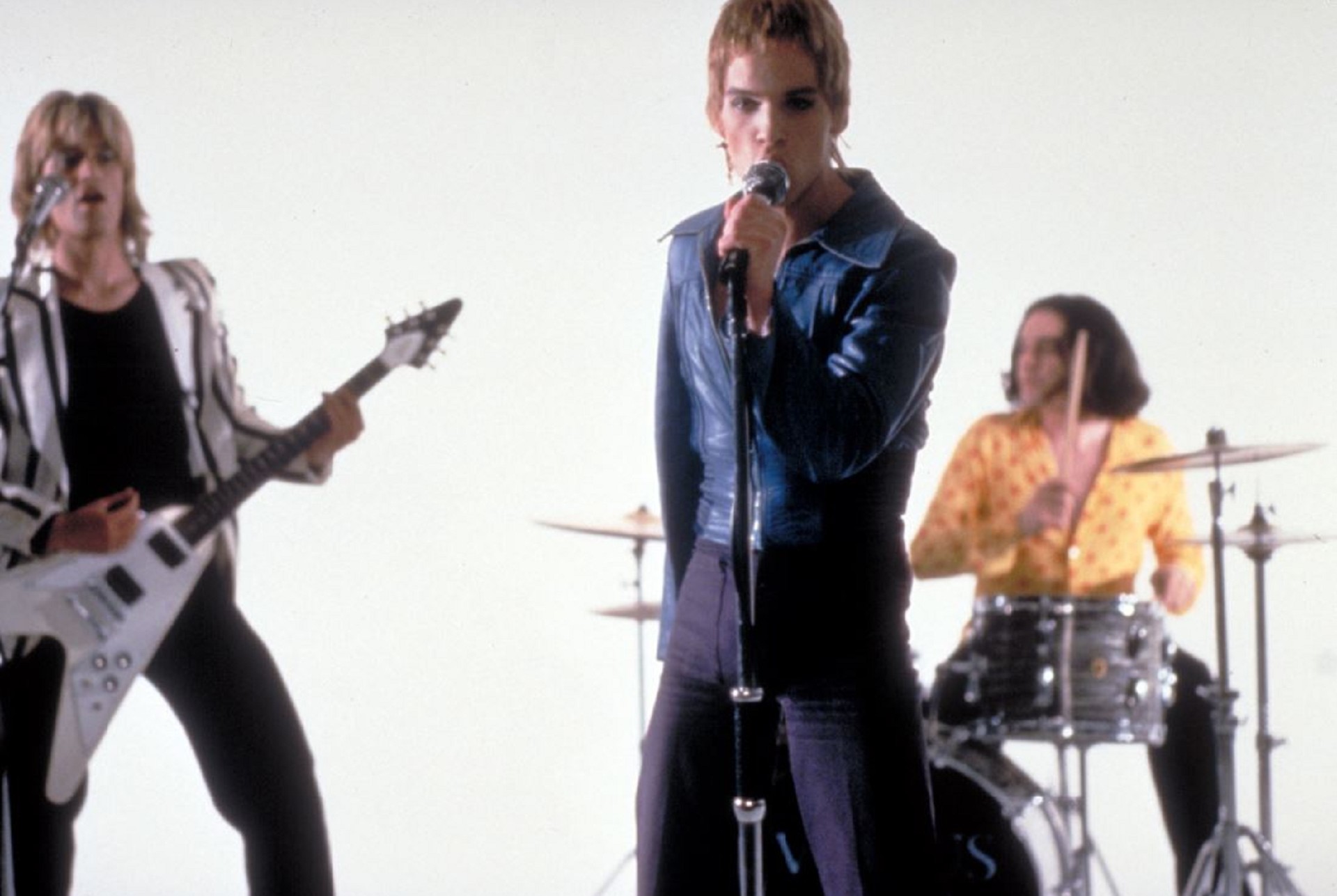 1971. Glam Rock explodes onto the world scene in a blaze of glitter and guitars. At its centre the flamboyant Brian Slade (Jonathan Rhys Meyers). Together with outrageous American rocker Curt Wild (Ewan McGregor) they challenge conformity and take on the world!

1974. Suddenly, at the height of his career, Slade decides to fake his own death on stage. The stunt backfires and he is never seen again.

1984. It's the 10th anniversary of Slade's disappearance and journalist Arthur Stuart (Christian Bale) is sent out to expose the truth behind the myth.

Controversial and explicit, Velvet Goldmine takes you on a journey into rock'n'roll excess. Back to the Stardust 70s. Back to the sights and sounds of the Glam era to a time when anything goes.